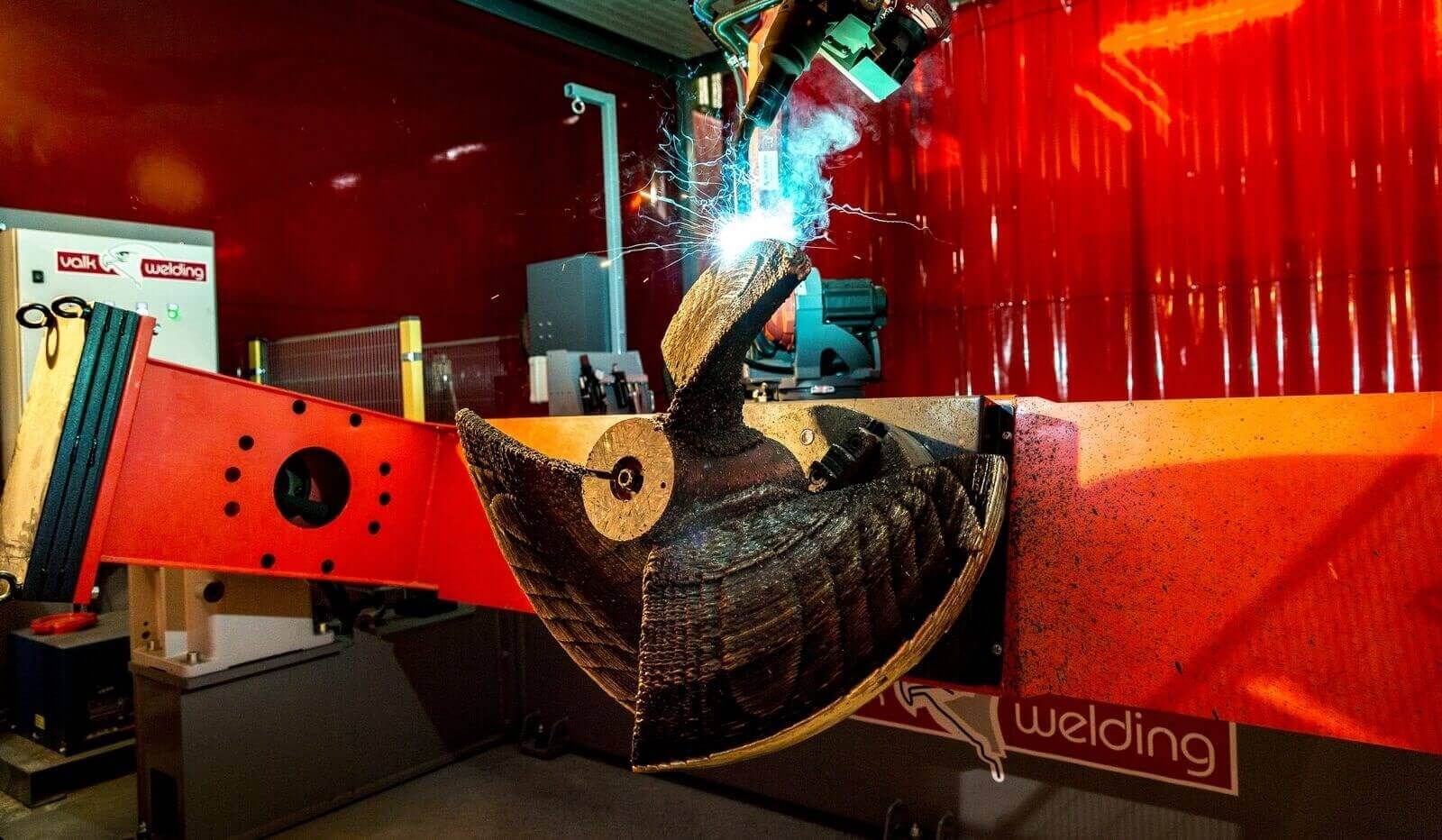 Over the past few years, we’ve seen 3d printing gradually taking over significant parts of manufacturing processes across the automotive and aerospace industries. And now, the ship-building the industry is starting to take advantage of what the technology has to offer. After some trials and prototypes, the first fully 3d printed ship propeller has been approved for use. It is completed by a team of engineers in the Netherlands. Known as the Sampler, it was unveiled at the Damen Shipyard Group’s headquarters in Gorinchem, in the south of the country. 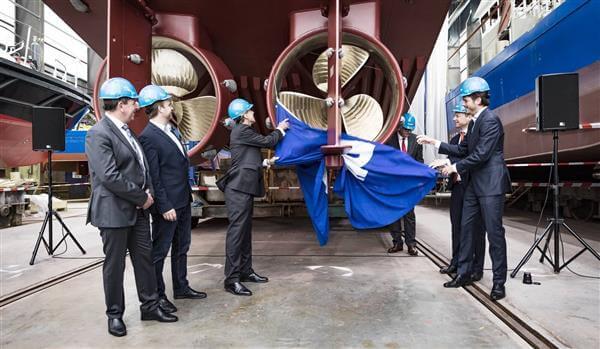 This groundbreaking project was made possible by close collaborative work between defence and shipbuilding conglomerate Damen Group, propeller manufacturing expert Promarin, the Port of Rotterdam’s RAMLAB (Rotterdam Additive Manufacturing LAB) and Autodesk. Bureau Veritas was involved at the testing stage, putting the 3d printed ship propeller through rigorous trials to verify its suitability for purpose.

How was the 3d printed ship propeller manufactured? 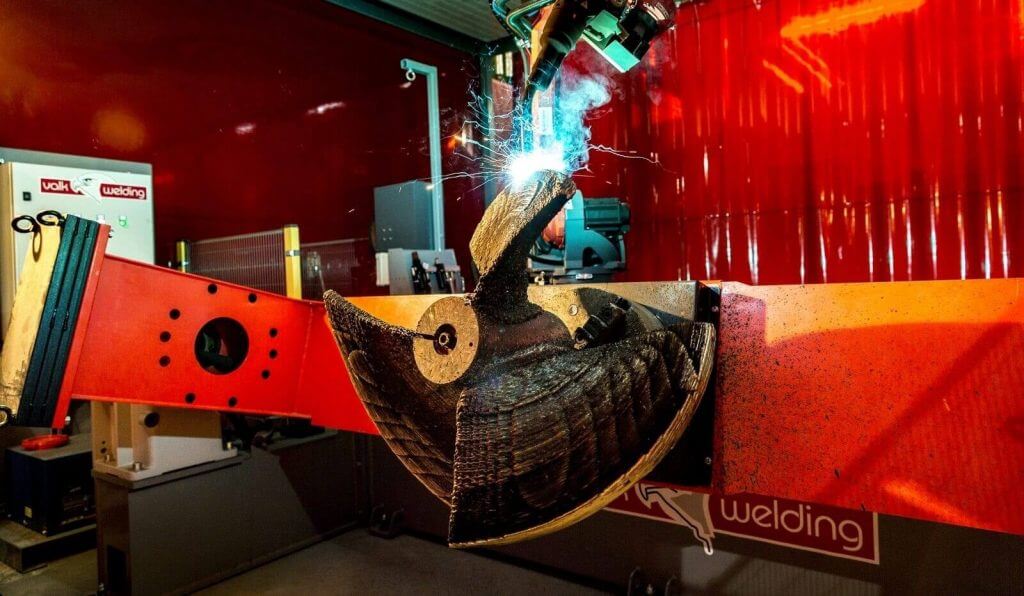 The companies began pooling their collective resources and knowledge around seven months ago. Promarin provided the initial design for the triple-blade propeller. RAMLAB oversaw the main manufacturing stage, fabricated the piece using innovative Wire Arc Additive Manufacturing (WAAM) techniques. This was supported by Autodesk’s expertise in software, robotics and, additive manufacturing. Damen provided one of its vessels from the
Stan Tug 1606 range to help with testing the propeller, as well as contributing crucial research and development expertise.

August of 2017 saw the successful completion of the first Sampler prototype. It gave the team a significant confidence boost and the ability to move forward with a lot fewer uncertainties. According to Vincent Wegener, Managing Director of RAMLAB, “Production of the second Sampler was greatly improved because we had learned a lot from producing the prototype. This mainly concerned the hardware/software interaction because, when laying
down 298 layers of Nickel Aluminium Bronze alloy, it is important to have a tight control on all process parameters.” 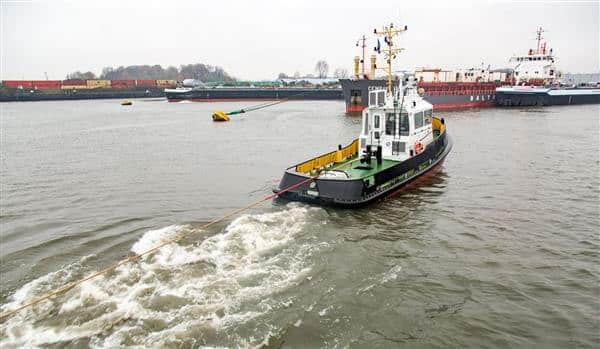 The second prototype of 3d printed ship propeller, after completion, was installed on a Stan Tug 1606. Its purpose was to see how it would fare in real-world seafaring conditions. Such tests of ship components are extensive as the parts must comply with the strict environmental rules and regulations. Also, the part must perform at an elevated level in terms of speed and crash stop scenarios. In crash stop scenarios, the ship goes from full throttle ahead to full throttle reverse. That exerts a large amount of force on the propeller.

“Of course, we were all a bit nervous beforehand – after all, innovation always comes with a certain number of unknowns – but the testing was a success,” said Kees Custers, Damen Project Engineer R&D enthusiastically. “From day one, this project has been characterized by a good working atmosphere and team dynamics, so there were quite a few high-fives on board when we had successfully completed the tests!”

RAM Lab itself has only opened just over a year ago. The success of this project points to a promising future for 3d printing technology in the maritime sector. According to RAM Lab CEO Allard Castelein, “This project has shown the shipbuilding industry the potential of 3d printing techniques to produce vessel components. We continue our intensive research into this very exciting area.”

3d Printing Business: How Is 3d Printing Changing The Life Of Entrepreneurs?