its for my home 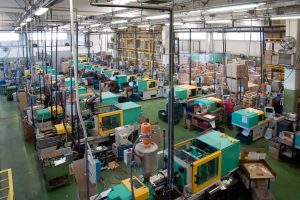 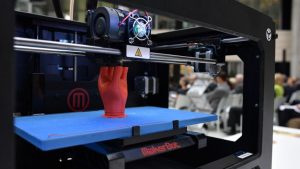 The traditional manufacturing includes the process of injection moulding, machining, forming, and joining which increases the cost of the product. Also, the traditional method involves putting a big sum of money in the process of manufacturing and shipping which further adds up to the final cost. Whereas 3d printing uses processes like Selective Laser Sintering (SLS), Binder Jetting, Stereolithography (SLA), Poly-Jet, Fused Deposition Modelling/Fused Filament Fabrication (FDM/FFF) which is mostly digitally dependent and hence results in producing objects of lesser cost. Even though the initial setup costs are higher, 3d printing has become cheaper than cheap labour in third world countries. Additionally, the costs of 3d printing are still decreasing, with the potential of 3d printers in homes in the near future. Furthermore, the costs of customized products are the same for mass production products.

Because the cost is the same for each added unit, it is possible to make an unlimited amount of changes to the product. It can be used for prototyping: you’d use 3d printing to make a prototype and update the prototype until satisfaction. This is a crucial step before getting the product to mass production. It can also be used during the rest of the manufacturing process, to create unique pieces that can be more responsive to your needs, progress in conception and consumers feedback.

No added cost for complexity:

Creating complex mechanical constructions via traditional manufacturing requires precision and skills, especially for the assembly of complex parts, which means that price increases with complexity. It is not the case with 3d printing, which creates an entire piece in one process, instead of creating each component before assembling. Therefore, there is no added cost for complexity.

Products can more quickly go from just a design to an actual prototype.

Just like the previous advantage, the manufacturing speed for a large number of final products is equally fast.

When 3d printers were first invented, there were a very limited amount of printers being produced. But now, there are printing companies forming all over the world, creating more 3d printers. The cheapest 3d printer is currently called the PEACHY PRINTER. It is made by Rylan Grayston from Rinnovated Designs in Canada. His printer is primarily used for small craft models.

With traditional manufacturing technologies, it is much faster and cheaper to manufacture additional products that you probably know that you will eventually need. However, with 3d printing, only products that are sold need to be manufactured, thus warehousing of excess inventory is significantly less needed.

3d Printers can produce just about anything

If you have a craving for chocolate or if you are in need of an organ transplant, you’re in luck. 3d printing companies originally sold plastic ink cartridges. But now, they have ink made out of sugar, chocolate, sand, ceramic, metal materials, and even living cells to manufacture an infinite amount of creations.

3d printers are the future of manufacturing businesses

Some jobs can be easily cut because of the  3d printers. 3d printers are not only more productive but are also more environmentally friendly. When you build something, you usually have scraps leftover.  A 3d printer knows the mould and design and builds only what is needed. That makes 3d printers more economical and earth-friendly. 3d printers also have the advantage of becoming a productive manufacturing tool. With the purchase of a commercial 3d printer, higher production volumes can be achieved and larger products can be designed.

Your partner for: 3D printing in India